From the previous chapter.

After the first years of turbulence and the release of The Earth, everything seemed to flow without unpleasant surprises; the line-up was fixed from a fistful of years and the band’s chemistry was at top (the stillness can really be richly appreciated only after a long storm).

Therefore, later an interesting session of concerts, the trio decided to give an upgrade to the project:
the contract with Vacation House Records was expired, it wasn’t a great misfortune, given the passive approach held by the organisation. No one gig or promotion was managed or proposed by them, apart some review in any magazine or webzine and the distro nothing was made, all the invitations received were thanks the good work of the band on stage and in the media.
Now, free from ties, all three were searching the point for the relaunch.

After a fast period of considerations, they agreed that everything had to start from a new rehearsal, a place that can work not only as try-out room but as recording studio too.
It was since they had to leave the youth Center in Laives (2004) that the band had not a suited rehearsal for their needs, adapting themselves on what was available in town.

But something was changing: after the presentation gig of “The Earth” at the Bar8 in Bolzano (beginning of 2009), one of the attending guys (Divi), the guitarist of a brand new HC project, No Prisoner, proposed to Green Arrows to move in their rehearsal. They gave it a name to it too: U-Boot37.
We entered in the studio a couple of months after, contributing to convert the relaxation room in a control and mixing room. We upgraded the place from a simple rehearsal in a recording studio. 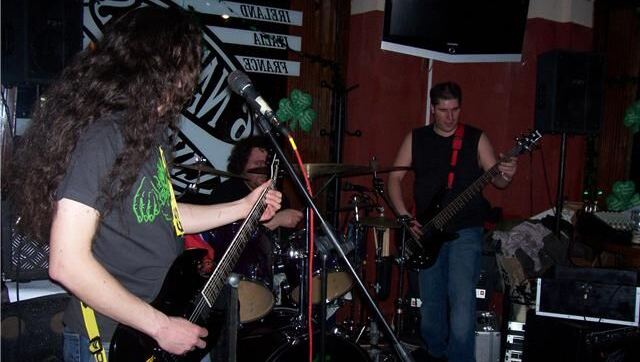 The collaborations with the other bands of U-Boot37 became practically continuous, especially with No Prisoner.
Excited by the situation and atmosphere created Pav, Marmo and Dave started writing new songs, and in couple of months they recorded a first version of demo.

By the suggestion of Divi, Green Arrows submitted their new work to a new label that few weeks before engaged No Prisoner for their first album: Black Shirts Records.
The chief of the label didn’t appreciate the work, showing his suggestions, listing what he very liked and what spoiled the entire work.

The message was clear, and the guys, taking positively the critique received, rewrote the entire album with Divi as producer, turning upside down some songs, deleting others, writing new some others more. The will to do and the experience doesn’t work if there is no humility.

In the autumn of 2010, the album was completed and recorded.
Without any notice, they submitted the new work to the Black Shirts Records.
This time the answer was totally positive.

Excited from the new adventure, they fixed the last tasks: the artwork realisation was given to Simone (the guy that did the artworks of “The Earth”) with the collaboration of the label, the mixing&mastering was given to a trust study of the label. The last missing thing was the choice of the album’s name.

The target to reach was something that showed the rebirth after a period of nuisances, with the characterization both by a strong desire to resolve the issues, both by the rage and madness that sometimes bothered the group.

So, everything rounded on a word’s pun: the self-destructive madness of the will of being sick, the desire of a disease…. the Desease.
“Rising from a Burning Desease”!!!!! The overcoming of the burning desire of being sick.
No better concept canned explained how they want to feel after years and years of obstacles.

Everything was ready and decided, and all the tasks were completed in February 2011, just in time for the releasing gig just outside Rome.

To the next chapter